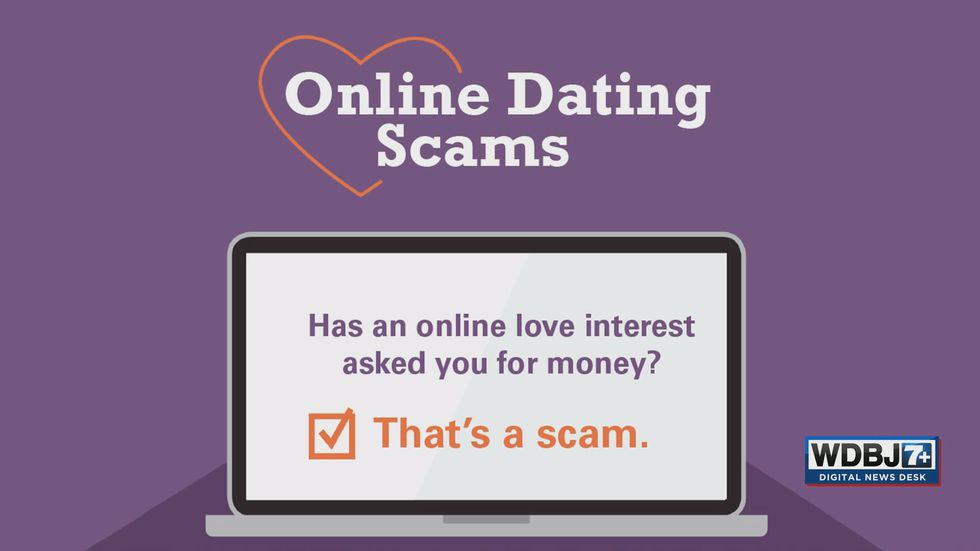 ROANOKE, Va. (WDBJ) – In case you’re looking for love online, the Better Business Bureau is reminding you to keep your wits about you.

The BBB’s latest data show romance scammers are on the rise. According to Julie Wheeler, President of the BBB Serving Western Virginia, scammers are taking advantage of the pandemic and economic situation to prey on people.

The FTC reports an estimated $304 million was lost to romance scammers last year. Wheeler said that is a 50-percent increase from 2019. She said if your online love interest asks for money, it’s probably a scam.

“Don’t let your heart loose, don’t fall in love so quickly,” Wheeler said. “Because you really don’t want to be hurt, not only financially but also emotionally. So don’t assume what they tell you is true. You have go to do your own due diligence and take care of yourself.”

Wheeler said if your love interest professes love quickly or claims to need money for emergencies, those are red flags.

More info from the BBB is listed below:

How Significant are Romance Scams in our area?

· Romance scams are at an all-time high. Last year, scammers took in a record amount of cash in romance scams

What is the average dollar amount reported from romance Scams?

· The median dollar lost amount $2,500, more than 10 X the median loss across all other fraud types.

· Reports of gift cards being used to send money to romance scammers increased by nearly 70%.

Are there specific methods of payment that are more common than others?

· Gift cards, along with wire transfers, are the most frequently reported payment methods for romance scams.

o People said they mailed the gift cards or gave the card’s PIN number to the scammer.

With dating apps & social media, most think that romance scams affect younger adults. But that’s not true, is it?

· And even worse, the highest median dollar loss 70+ with $9,475. Scammers prey on the elderly and lonely.

But do we see these type of scams effecting western Virginia area?

Absolutely. Reports to our BBB Scam Tracker that covers our 32-county area has already seen two reports in 2021.

· Method of contact: Social Media then move offline to email

· New spin used by scammers creating fake profiles and taking advantage of the pandemic and the economic crisis.

· Makes it easier for so-called suitor to not meet in person or travel due to COVID-19 restrictions.

· Some scammers have reportedly even canceled first date plans due to a supposed positive COVID-19 test.

· Scammers are using stolen unemployment benefits to get money.

· People think they’re helping someone they care about, but they may actually be laundering stolen funds.

· In 2020, 50% of daters said that they would be interested in conducting online dates to get to know people they’ve met online to avoid spreading or catching the virus.

· And 82% of singles are turning online as they self-quarantine in their homes in 2020.

What are common lies used by romance scammers

They work or live outside the United States, some examples

What are some ways romance scammers will ask victims for money?

· pay for a plane ticket or other travel expenses

· pay for surgery or other medical expenses

· pay for a visa or other official travel documents

What are ways will romance scammers ask people to pay

How can you play it safe while looking for love online?

· Never send money or gifts to someone you haven’t met in person – even if they send you money first.

· Talk to someone you trust about this new love interest. It can be easy to miss things that don’t add up. So pay attention if your friends or family are concerned.

· Try a reverse-image search of the profile pictures. If they’re associated with another name or with details that don’t match up, it’s a scam.

· You can also search online for a profile name, email, or phone number to see what adds up and what doesn’t.

What are some red flags to spot this scam?

Extremely attractive photos & wealthy. Scammers offer up good-looking photos and tales of financial success. Be honest with yourself about who would be genuinely interested. If they seem “too perfect,” your alarm bells should ring.

In a hurry to get off the site. Catfishers will try very quickly to get you to move to communicating through email, messenger, or phone.

Moving fast. A catfisher will begin speaking of a future together and tell you they love you quickly. They often say they’ve never felt this way before.

Talk about trust. Catfishers will start manipulating you with talk about trust and how important it is. This will often be a first step to asking you for money.

Don’t want to meet. Be wary of someone who always has an excuse to postpone meeting because they say they are traveling or live overseas or are in the military.

Suspect language. If the person you are communicating with claims to be from your home town but has poor spelling or grammar, uses overly flowery language, or uses phrases that don’t make sense, that’s a red flag.

Hard luck stories. Before moving on to asking you for money, the scammer may hint at financial troubles like heat being cut off or a stolen car or a sick relative, or they may share a sad story from their past (death of parents or spouse, etc.).

What should you do if you think you have been a victim of a romance scam?

It’s not all doom and gloom when looking for love online.

· Over 32 million Americans are using online dating services in 2020.

· 1/3 of paid accounts are from US online dating users.

Is there any advice on choosing a matchmaking and online dating services?

Don’t fall in love with the advertising. Be skeptical of claims such as “an exclusive network of people,” “for sincere daters only,” or “beautiful singles just like you.”

Don’t give in to high-pressure sales tactics. Sales associates may tell you that a low price is only good for that day and ask you to sign a contract immediately. You should read the agreement carefully and make sure you understand it.

Know how to break up. Consumers should not assume that they will stop being billed once the contract runs out. Many online dating sites automatically renew memberships. Usually you must call the company or send written instructions to avoid being billed again. Read cancellation policies before you sign up.

Beware of demands by a match to send money. Some scams that match men with foreign women typically include a request to send money to pay for a trip to the United States, using a wire transfer service like MoneyGram or Western Union. The woman never makes the trip, and the money can’t be recovered.

Do your homework. Ask to speak to other members or customers of the service about their experiences.

What are some of the common complaints about using dating services?

Use of intimidating or duplicitous sales tactics. Complainants reported being yelled at, being told not to be so picky, or being completely ignored by the companies involved.

Failure to deliver. Complainants were told the service had a database of thousands of singles, but they didn’t receive the promised number of dates or introductions. Others said a singles club sponsored events to bring singles together, but the events didn’t live up to their billing.

Minimum enrollment period and inability to cancel. Online dating services typically require a minimum membership period and charge a monthly fee. Contracts often are renewed automatically. Either the customer didn’t realize the steps needed to cancel the account, or the consumer took the necessary steps, but billing continued anyway.

· According to an online survey, catfishers tricked one in three respondents. 30% (Metro.co.uk)

· How many people a year are Catfished? 15,372 people have reported catfishing to authorities in just one year.

· Catfishing is the 11th most popular form of cybercrime.

· 10% of new accounts on free dating sites are fake.

· 15,372 people have reported catfishing to authorities in just one year.

· Men are almost 25% more likely to be catfished.

· 53% of Americans say they have lied on their social media profiles.

· Over two-thirds use catfishing as a form of escapism.

· 35% of people use catfishing to get money, catfishing statistics show.

· In the US, catfishing victims lost a combined sum of $211.3 million in just one year.

· California has the most catfished victims.

· 24% pretend to be the opposite gender when creating their fake identity.

· 73% use photos of someone else, rather than real pictures of themselves.

· 25% claim a phony occupation when presenting themselves online to a business.

· 54% of people who engage in online dating feel that the information in potential mate’s profiles is false.

· 28% of people have been harassed or made to feel uncomfortable by catfishes.

· 53% of Americans admit to falsifying their online profiles.

· At least 10% of all online dating profiles are scammers.

· 51% of people who engage in online dating are already in a relationship.