Nebraska opens its 132nd season on Saturday when the Huskers travel to Illinois for the earliest conference game in Big Ten history. The Huskers and Fighting Illini are meeting in Week 0 because the game was originally set to be played in Ireland, but the COVID-19 pandemic forced the game to be moved to Illinois.

Head Coach Scott Frost begins his fourth season at his alma mater in 2021, while Saturday’s season opener marks the Illinois head coaching debut for Bret Bielema. The Huskers saw their four-game win streak in the series snapped last season, as Illinois earned the victory in Lincoln.

Nebraska has won the past two meetings in Champaign, and the Huskers bring a two-game road winning streak into Saturday’s game after the Huskers won at Purdue and Rutgers last December. Nebraska went 2-3 away from home last season with all three losses to teams that finished the year ranked in the top 20, including one-possession losses at No. 10 Northwestern and No. 16 Iowa.

The Huskers return a veteran defense that brings back 15 players who earned at least one start last season. Eight players who started at least seven of Nebraska’s eight games last season return this fall, including Marquel Dismuke, JoJo Domann and Garrett Nelson, who each started every game in 2020.

Offensively, Adrian Martinez is back for his fourth year as Nebraska’s starting quarterback. Martinez, who owns four Nebraska career records and five season marks, is one of only four active FBS players with 5,000 career passing yards and 1,500 career rushing yards. He was second among all FBS quarterbacks in rushing during the 2020 season (74.4 ypg), while ranking fourth in completion percentage (71.5).

Nebraska leads the all-time series with Illinois, 13-4-1. The Huskers are 6-2 against the Illini since joining the Big Ten Conference in 2011.

• Nebraska had won the past four meetings with Illinois before the Illini won in Lincoln last season. The four-game win streak was the longest for Nebraska against any Big Ten opponent since joining the conference in 2011.

• Nebraska posted a 54-35 victory over Illinois in 2018. The 54 points tied for the most Nebraska scored in a conference game in its first 10 years in the Big Ten.

• Nebraska and Illinois are also scheduled to open the season against each other in Champaign in 2025.

• Before joining the Big Ten, Nebraska and Illinois last met in a home-and-home series in 1985 and 1986, with the Huskers winning both of those matchups.

Nebraska has an impressive history in season openers. The Huskers have won 98 of their 131 season openers, winning their first game more than 77 percent of the time while posting a 98-28-5 record.

• The Huskers are opening a season on road for the second straight year, the only two times this century that Nebraska has played its season opener on the road. N U is also scheduled to open away from home in 2022 and 2023. Against Illinois, the Huskers are looking to win their first season opener on the road since a 42-7 non-conference victory at Iowa to open the 1999 campaign.

• Nebraska is 11-2 when it opens the season against a conference opponent. The Huskers are facing a conference foe in the season opener for just the fourth time in the last 73 seasons. NU has opened each of the last two seasons with a conference road game and is scheduled to open against a Big Ten foe three of the next four seasons as well.

• Saturday’s game is believed to be the earliest date a Big Ten Conference football game has ever been played. The Huskers and Illini are playing only the fifth conference matchup in the month of August in Big Ten history.

Big Red Offense Has Put Up Big Numbers vs. Illinois

Nebraska and Illinois are meeting for the ninth consecutive season and for the ninth time as Big Ten opponents. During the first eight meetings, the Husker offense has found success against the Illini.

• In Scott Frost‘s first three seasons, Nebraska has averaged 557 yards and 40 points per game against Illinois. In 2019, the Huskers totaled 674 yards of offense, the program’s highest offensive output ever in a Big Ten Conference game. NU threw for 328 yards and rushed for 346 in the 2019 meeting, which marked only the second time in program history – and the only time in a conference game – that Nebraska has totaled 300 yards passing and rushing in the same game.

• In 2018, Nebraska scored 54 points, to match the Huskers’ highest point total in a Big Ten Conference game. Nebraska accumulated 606 yards of total offense in the 2018 meeting.

• In the eight meetings between the programs as Big Ten Conference foes, Nebraska has averaged 247 rushing yards per game. Nebraska has produced seven individual 100-yard rushing performances in the eight Big Ten games with Illinois, including a pair of 200-yard efforts in back-to-back seasons by Ameer Abdullah in 2013 and 2014.

• Adrian Martinez has put up gaudy statistics against Illinois. In three career games against the Illini, Martinez has completed 49-of-72 (.680) passes for 661 yards and seven touchdowns, while rushing 33 times for 181 yards and one score. He averages over 8.0 yards per play in his career against Illinois, totaling 842 yards on 105 total offense attempts with nine total touchdowns.

• The offensive success against Illinois goes back even further, as Nebraska put up 111 points, 1,099 total yards and 926 rushing yards in the last two non-conference matchups between the two programs in 1985 and 1986. The Huskers had more than 450 yards rushing, 540 total yards and scored over 50 points in each of those two meetings.

Nebraska returns 11 full- or part-time starters on a veteran defense that aims to be the strength of this year’s team. The Huskers bring back eight players who started at least seven games in 2020.

• Nebraska allowed an average of 169.5 rushing yards per game and 386.5 yards of total offense per game in 2020. Those totals marked the fewest rushing and total yards allowed per game by a Husker defense since the 2016 season.

• According to ESPN, Nebraska enters the 2021 season with the most returning defensive production of any team in the Big Ten West. The ESPN formula takes into account a team’s total number of returning tackles, tackles for loss, sacks and passes defended.

• A total of seven Husker defenders earned at least honorable-mention All-Big Ten accolades last season. That was the highest number of all-conference defenders since Nebraska joined the Big Ten in 2011, and six of those seven All-Big Ten selections return this fall.

• Safety Marquel Dismuke, outside linebacker JoJo Domann, inside linebacker Will Honas, defensive lineman Ben Stille and safety Deontai Williams all return as “super seniors” in their sixth year playing college football, although Honas is out indefinitely with an injury. Each player was a senior last year but chose to take advantage of the free year of eligibility in 2020 and return for the 2021 season. Each of the five “super seniors” earned honorable-mention All-Big Ten accolades last season.

• Dismuke has started 20 consecutive games at safety. He ranked fourth on the team with 47 tackles and set career highs with 4.0 TFLs and four pass breakups in last year’s shortened season. Dismuke has totaled 158 tackles in his career.

• Stille returns to anchor the defensive line. His 22 career starts are the most of any current Blackshirt. Stille is Nebraska’s active career leader with 26.0 tackles for loss and 13.0 sacks.

• Williams set career highs with 51 tackles, 4.0 tackles for loss and 1.0 sack in eight games last year. He also broke up four passes and had a sack, forced fumble and fumble recovery for a touchdown on the same play against Penn State, believed to be the first Husker ever to accomplish that feat.

• In addition to the six returning All-Big Ten players, NU returns five other starters. Garrett Nelson started every game at outside linebacker in 2020 and totaled 30 tackles, 4.0 TFLs and 1.5 sacks.

• Ty Robinson started seven games at defensive end as a redshirt freshman in 2020, totaling 17 tackles with a pair of tackles for loss.

• Luke Reimer made the most of his five starts at inside linebacker last season, recording 40 tackles and ranking second on the team with 2.0 sacks and third with 5.0 TFLs despite battling injuries.

• Caleb Tannor started five games at outside linebacker last season. Despite the shortened season, he finished with a career-high 23 tackles.

• The Huskers also bring back safety Myles Farmer, inside linebacker Nick Henrich, cornerback Quinton Newsome and defensive end Casey Rogers, each of whom made their first career starts last season.

• The defense also figures to receive a boost from transfer Chris Kolarevic, who totaled 144 tackles, 9.5 tackles for loss, 2.0 sacks, two interceptions and five pass breakups as a starting linebacker at Northern Iowa in 2018 and 2019. 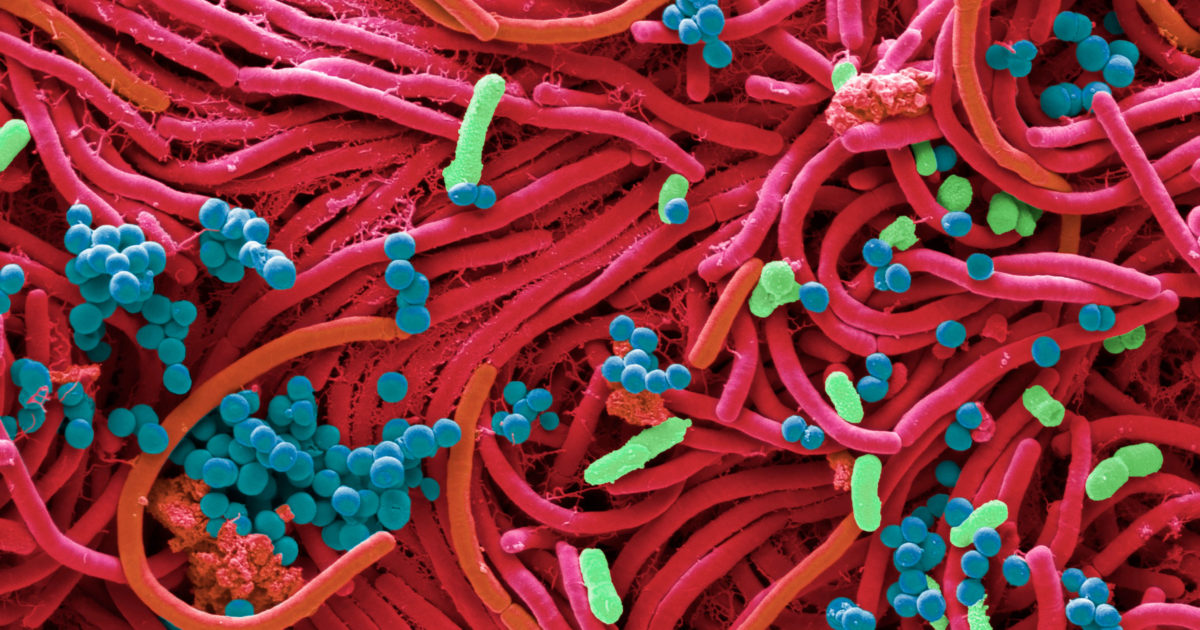