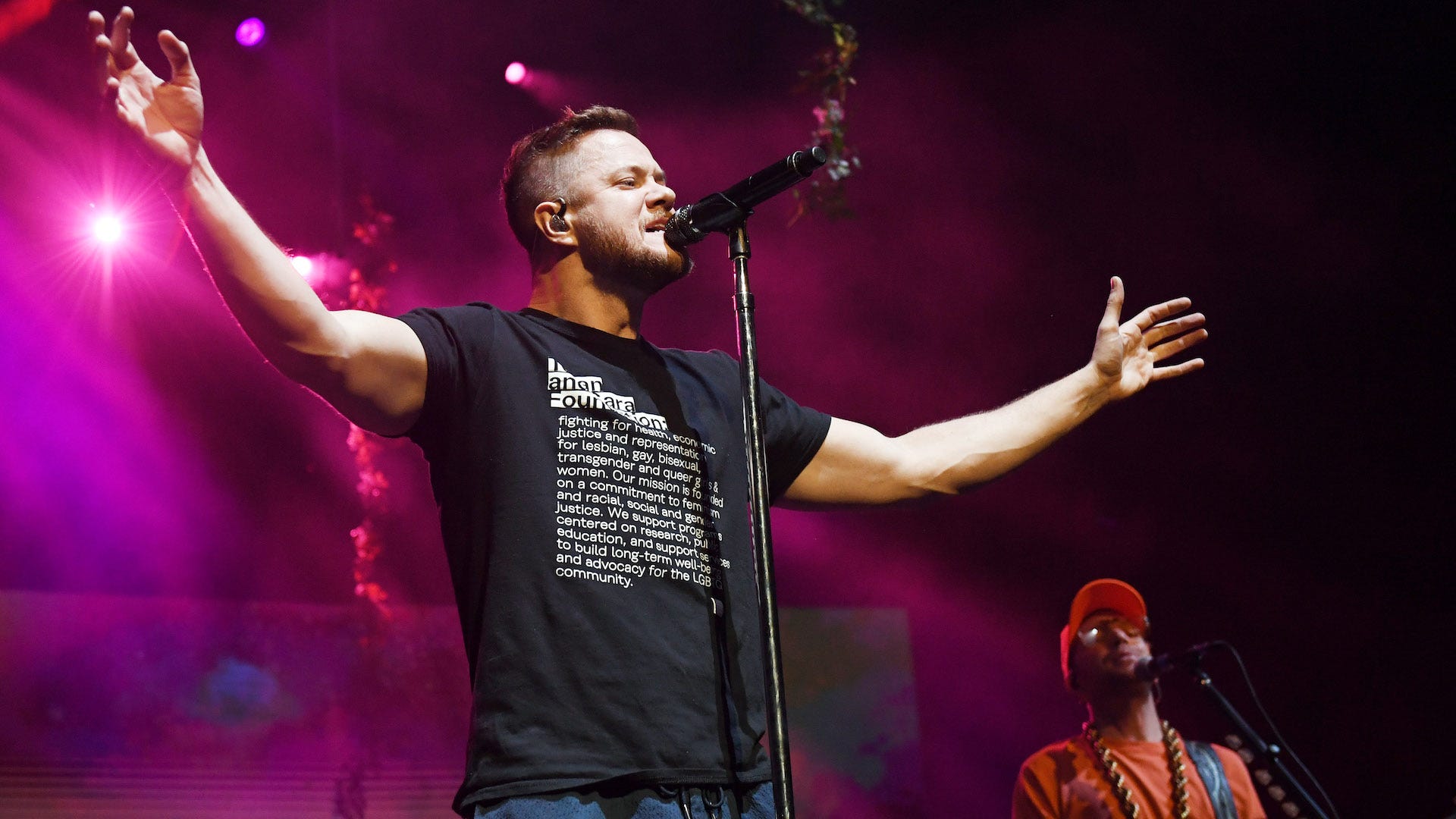 It’s been 2018 since we last heard new material from Imagine Dragons. That will all be changing soon.

Imagine Dragons sent Twitter into a frenzy when they announced they’ll be releasing not one, but two singles this Friday. “Follow You” and “Cutthroat” are the names of the two songs Imagine Dragons will be releasing as they represent their first new material since the band’s 2018 album Origins.

The news is certainly a welcome surprise for Imagine Dragons fans, but frontman Dan Reynolds is viewing their upcoming project with incredibly high levels of excitement.

Reynolds recently confirmed a new Imagine Dragons album is in the works and said “we are writing my favorite record.”

“I tried to sing some of it in my car tonight and was overwhelmed with memories of live shows with you,” he added. “I ended up sing-crying in my car alone but felt surrounded by millions of you around the world. Envisioned us singing together. Soon.”

While an official date isn’t currently known, the release of their new songs “Follow You” and “Cutthroat” would indicate that Imagine Dragons’ new album may be coming sooner rather than later.

WATCH MORE: From plays to weed: How bands like The Killers and Green Day got their name