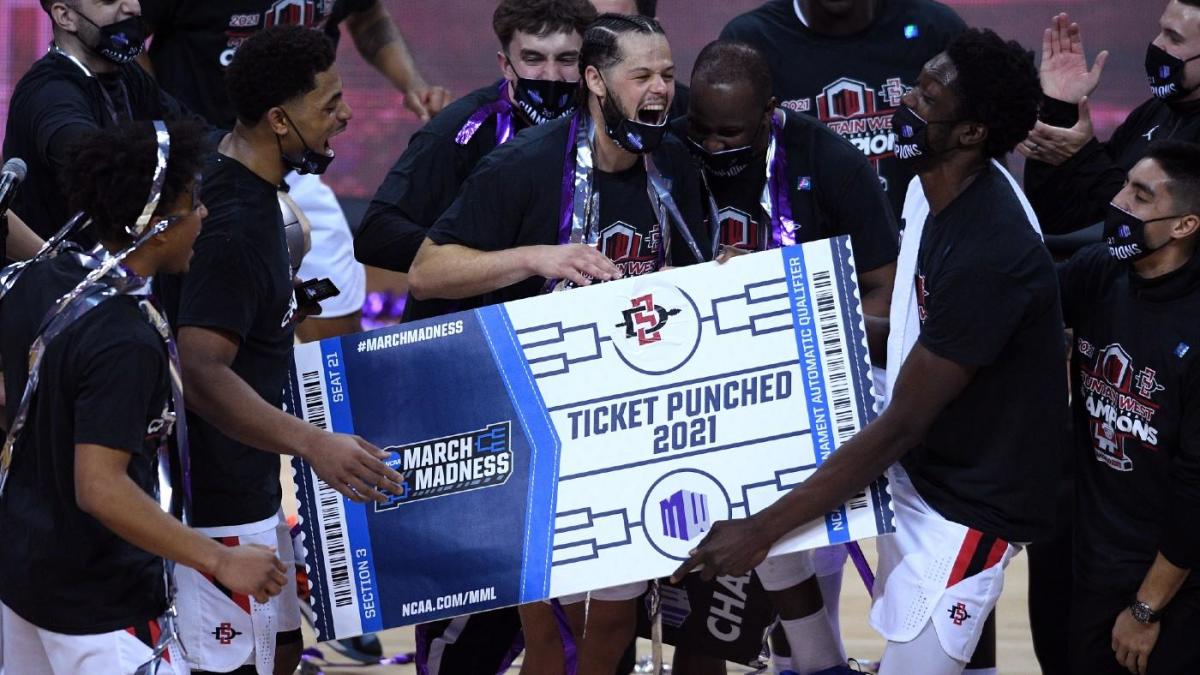 I’m thrilled, after a two-year hiatus, to bring back my picnic basket worth of NCAA Tournament goodies. March Madness bracket fiends, this is for you. A heaping helpful of facts, stats, trends, did-you-knows and more that can expand your mind, and potentially strengthen your bracket, in advance of the NCAA Tournament.

It’s CBS Sports’ annual cornucopia of nuggets to help you better understand who’s good, who’s overrated, and why the data — broadly — can help you curb your instincts.

The Big Dance starts in less than 48 hours. Fill out your bracket now to win a brand new Nissan Rogue and a college basketball dream trip. Get in the action today.

I make no guarantees of success, but I do assure you that you’ll be smarter and more prepared to dive right into the deep end of your pool once you scroll through everything I’ve laid out below. Let’s see the evidence. In addition to my own research, all additional info provided by CBS Sports’ research team, the NCAA, KenPom.com, ESPN Stats & Info, Elias and BartTorvik.com.

Over the years, teams that have won it all have checked a lot of boxes. You can make the stats tell you a lot of things you want to hear. But if you’ve got a top-30 per-possession D and a guard that’s definitely projected to be drafted, you’ve got a solid shot. Only a handful of teams meet this criteria each year. Six apply now. Four have two clear draft-worthy guards.

82: This is the 82nd NCAA Tournament. Thirty-six programs have won a national title dating to 1939, when Oregon won its only championship. All four teams from the first Final Four are in the field this year: Ohio State was runner-up back in ’39; Villanova and Oklahoma were semifinalists. Georgetown, a 12, is the lowest-seeded team in this year’s field with a national title.

0: The Gonzaga Bulldogs, Baylor Bears and Illinois Fighting Illini are the best-seeded teams in the field without a national title.

20: Gonzaga is the 20th team to enter the NCAAs undefeated. Seven of the previous 19 won a title, but none since 1976, meaning none in the modern era — since the tournament expanded in 1985.

39: The percentage of brackets at CBS Sports that have Gonzaga winning it all. Illinois is second (19%).

1: Only three times has the No. 1 overall seed won the NCAA Tournament since the selection committee began ranking the No. 1s in 2004: Florida (2007), Kentucky (2012) and Louisville (2013). The No. 1 overall seed has also lost in the second round thrice — and the first round once. (UMBC forever.) Gonzaga is this year’s No. 1 overall seed. It’s the fourth time the Zags have made the top line.

2: Just two times since 2011 the WAC has sent a team not named New Mexico State to the NCAAs. This year it’s Grand Canyon, which is making its first NCAA Tournament appearance.

0: Infamously, no team has lost its first conference tournament game and then won a national title. This year, you should be suspicious of West Virginia, Purdue and Villanova — only teams seeded fifth or better that were one-and-done in their league tourneys.

12 of 22: In the past 22 tournaments, 12 national champions won their conference tournament.

26: In this coronavirus-affected shortened season, Gonzaga and Belmont have the most wins in the sport at 26 apiece. Gonzaga is the No. 1 overall seed; Belmont was snubbed from the 16-team NIT. Gonzaga is the only undefeated team, while Colgate and Winthrop are rare cases of mid-major teams entering the NCAA with just one loss. The last team to do it was Murray State in 2012. It’s the first time in the modern era of the NCAA Tournament that two one-loss mid-majors are playing in the same tournament.

13: Maryland’s 13 losses are the most in the field. It’s the first time since the NCAA Tournament expanded in 1985 to 64 teams that an at-large team (and a team from a power conference) has the most losses entering the Big Dance.

Get every pick, every play, every upset and fill out your bracket with our help! Visit SportsLine now to see which teams will make and break your bracket and who will cut down the nets, all from the model that beat nearly 90% of brackets last tournament, one year after finishing in the top 5%!

41: It’s been 41 years since St. Bonaventure won a first-round NCAA Tournament game, the longest drought for any team in the field that has previously made the tournament. Per ESPN’s research, 211 schools have won a game since the last time the Bonnies did.

0/17: Alabama is the only team this season to not have faced a Quad 4 opponent. Illinois faced 17 Quad 1 foes, the most of anyone in college hoops, and went 12-5 in those games.

-26: Baylor’s line against Hartford — for now — is the biggest of the first round. When Gonzaga gets matched up with its No. 16 seed, chances are good that will become the largest line. Here’s every line for every Friday and Saturday game.

10: Coaches with top-four seeds to never have made a Final Four. Gonna have some fresh new faces on the biggest stage this year.

2009: The last and only other time one conference had as many as three No. 1 seeds. It was the Big East; Pitt, UConn and Louisville all did it. The Big Ten has two No. 1 seeds this year for the first time since 2001.

33: Duke, 33rd at KenPom, is the highest team in that metric to not make the tournament. It ends a run of 24 straight tournaments for the Blue Devils.

7: In eight of the past nine tournaments, a No. 7 seed or lower has cracked the Elite Eight. But it did not happen in 2019. Will this all-in-Indiana tournament lead to more chalk or more cacophony?

Five for 16: Gonzaga’s made the Sweet 16 in five straight tournaments. No other team has a streak longer than three.

27: It has been 27 years since a No. 6 seed made the Final Four. Who was it? Chris Webber and the Fab Five at Michigan. The highest-rated No. 6 seed per KenPom is USC (14th), which boasts potential top-three pick Evan Mobley.

30 … 0: This is BYU’s 30th NCAA Tournament. The Cougars hold the record for most NCAA Tournament bids without zero Final Fours. Missouri is second in this regard; the Tigers are in their 28th Big Dance.

25/23: Tennessee coach Rick Barnes will be making his 25th appearance in the NCAAs. Tennessee as a program has been here two times fewer: 23.

1,766: The distance as the crow flies from San Diego International Airport to Indianapolis, making San Diego State’s trip the longest to the centrally located NCAA Tournament in the Hoosier State.

77%: Drake has the best cover percentage of all NCAA Tournament teams at 77%. UConn is second at 76%. The hottest cover teams entering the dance are Hartford, Texas, LSU and Norfolk State, each of which have covered in their past five games.

14: Iona is making its 14th NCAA Tournament appearance. It’s the most appearances without a win in school history. Unfortunately, second-seeded Alabama awaits on Saturday.

2: The number of teams making an NCAA tourney debut. Welcome to the club, Grand Canyon and Hartford!

0 for 38: The Northeast Conference is still the only league that has never won a first-round NCAA Tournament game. Mount St. Mary’s needs to get past Texas Southern — and then Michigan — to end the streak.

20: Combined national championships for programs in the East Region, the most of the four regions. The schools: UCLA, UConn, Michigan State, Michigan, Georgetown, Maryland.

102: There have been 102 schools that have played at least five first-round NCAA Tournament games since 2000. The only one of those schools to go undefeated in the first round is UNC, which last lost in its first tournament game in 1999 vs. Weber State. If UNC beats Wisconsin, it will be 18-0 since.

10-15: Pick at least one double-digit seed to reach the Sweet 16, because it has happened all but two years since ’85 (1995, 2007). And 15 times there have been at least three double-digit seeds that made it to the regional semifinals.

7: Since 1980, there have been seven reigning champions that have made the Final Four the next tournament. It hasn’t happened since Florida in 2007, and Virginia’s certainly got a huge mountain to climb by being in Gonzaga’s region.

8 for 9: In 2019, the trend ended, but the eight NCAA Tournaments before that saw one of the last four teams into the field– that played in the First Four — make it to at least the second round. Michigan State, UCLA, Drake, Wichita State. Will we go nine for 10?

+200: Gonzaga’s odds to win the whole thing, according to William Hill Sportsbook. It’s the same number undefeated Indiana had in 1976. And we know what happened. 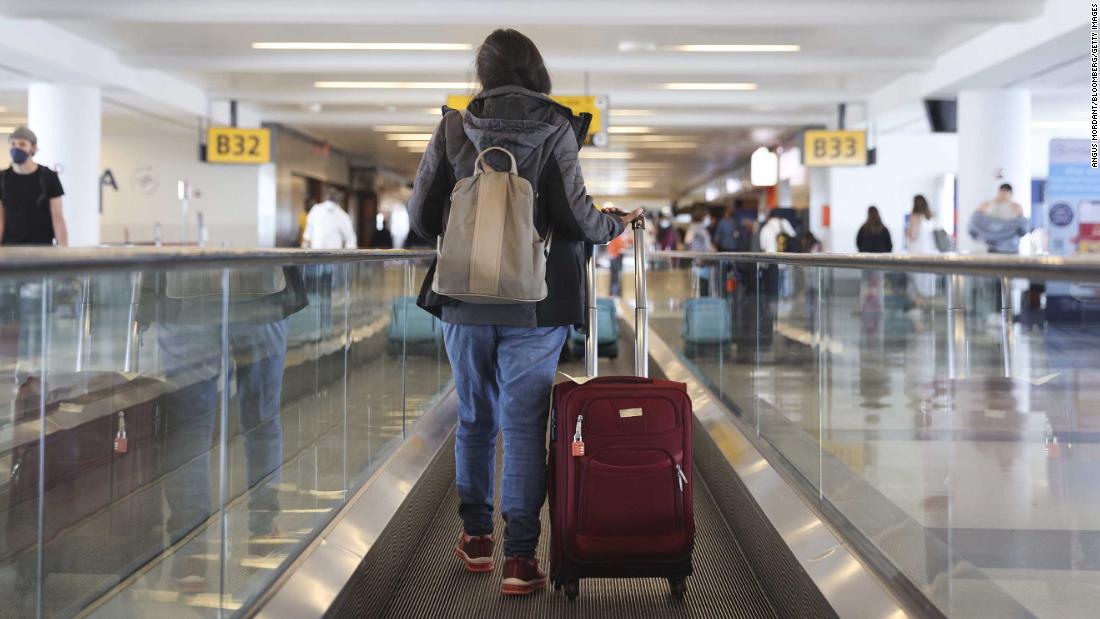